Vision, Big Ideas, BHAGS –and all that stuff! 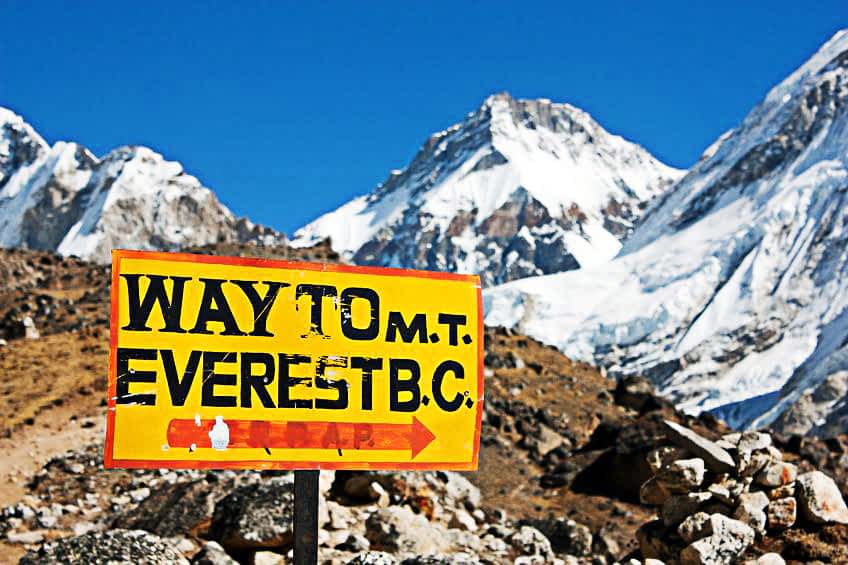 “Your imagination is the preview to coming attractions.” Einstein

Older ones might want to know where they are going?

For those of you who are leaders in the business world, the questions are similar and maybe a little nuanced! The question/s always asked of a leader are:

Very few will set out on a road trip  without an idea of the destination and a map of how to get there?

I was introduced to the idea of collaborative planning in 1978. In those days, Michael Porter had not published his milestone texts. A colleague had read a chapter in a book on Organization Development and suggested we run a planning workshop for some senior managers. It seemed like an interesting concept to apply in  business, which spent an inordinate amount of time in monthly and quarterly budgeting meetings. Back then it was a novel idea to have a workshop to plan collaboratively for the next 3 years before setting the budget! In those days, Business was a very unsophisticated process. As the years have progressed many mental models and concepts have emerged in the planning domain. There are now a plethora of Models, Concepts and Frameworks with which to think about strategy.  One, which has been consistent for the whole time I have worked in this area, is the concept of Vision – actually having a picture or an image of where you are going. Other terms have emerged over time – Strategic Intent, Big Hairy Audacious Goals (BHAG’s), Big Ideas and Moon Shots are in fact addressing the question – “What will it look like at the pinnacle of achievement?”

More recently in Australia in the political white noise, the term Big Idea is gaining currency.  It may be useful to document a few thoughts on thinking about the future. As someone who has had the privilege of working with businesses for almost 40 years as they struggle with issues and opportunities in the strategy development conversation, there are a couple of ideas which might prove useful.

The following are two mental models, which have helped me.

I would like to think these are the result of original thinking but alas there is no doubt I have “borrowed them” from greater minds than mine and would be very happy if anyone can enlighten me on the original source.

Over time it has become clear.  There are many ways to imagine the future – the VISION.   I have discovered also that they are many different styles of thinking about the future and a range of attitudes about the value of it.

Some people think in pictures, some in story form, some in lists of achievements, some in numbers.  One group presented me with a Balance Sheet as their Vision.  I sent them back to create a story or an image to enhance and enrich their Vision.  The Balance sheet really only describes one element of a Vision. Another business I worked with had done some good work on their market research but very limited work on the nature and structure of the business they wanted to build. Just a simple set of numbers indicating high growth and an embryonic plan to raise funds? It appears with all the business education available there is a lower than average understanding on what it takes to build a business.

While planning is not the answer to every business problem, it is a powerful tool to enable people to foresee issues, challenges, and problems. Not only are there individual differences in the way people think about it, there are different perspectives on what a Vision is.

For some, there are very concrete (finite) visions (being No 1 or climbing Mt Everest). These are inspiring and can be the basis of objective setting over a very long period.

There are also infinite visions.  Many religious congregations were based on the notion of “serving God”.  Many social movements eg  “I have a dream” – Martin Luther King-  have prevailed because of the transcendent vision.  In both cases the Vision is inspirational and creates great focus. The difference is: Being No 1 is transitory -there is only one place to go!

Trancendent vision can create communities and or organizations which last for hundreds – thousands of years. In my recent Blog on Work as A Calling I address this issue.

Coming back to the two mental models:

Given that by definition the Future is unknowable, everything is a product of our imagination, our dreams, our hopes, and aspirations.  And then there are estimates, projections, forecasts, and guesstimates!

There are at least 4 ways of approaching this task:

There is no one way to explore the future, and over many years I have found that allowing people freedom to “play” with the task of creating Vision collectively is an important part of the planning process.  In building a collective Vision – looking for common ground, identifying outliers or random ideas, clarifying patterns are a great source of exploration before a group can settle on anything meaningful.  There are many ways of preparing a group for this adventure but for a “new” leadership team it is sometimes better to commence the work fresh with little preparation so that real imagination can work!

More recently Jim Collin’s research in identifying Great Companies published in “Good to Great” (Copyright Jim Collins 2001 –Harper Collins Publishers) uncovers the fact that really great companies have a BHAG. (A Big Hairy Audacious Goal) and the process described on his website  in the tools section is a great way to explore the boundaries of thinking in a group.

Initiating this work is a very powerful focusing device.  By definition, we are establishing a benchmark 30 years out (maybe closer).

Creating Vision is one thing – creating a pathway is a second element to the journey.

Building the competence and getting the assets and processes in place is a long tough journey. There is a hypothesis (Hamel and Prahalad–Competing for the Future 1996) that it takes up to 10 years to build a business competence. Malcolm Gladwell in Outliers 2011 talks about 10,000 hours to achieve individual mastery. (that is roughly 5 years full-time work (@ 2,000 working hours per year)

Just to capture a metaphor around mountain climbing…….. Most mountain climbers start on smaller mountains and over time increase the level of difficulty so Mt Kosciusko (2200m) the highest mountain in Australia is really a low-level challenge.

Each requires special preparation – the conditions are all very different and so is the preparation.

There will be many climbs, many challenges, there may even be training sessions traveling to Base camps on Everest. Then the ascent -a major effort! Some get close and choose not to make the final climb for safety reasons.  Some have actually died in the pursuit of their goal.  Some achieve the ultimate goal (and die in the return down) and some have returned to do it again. More recently there has been stories about climbers on Everest. One young woman who achieved the goal and one who died tragically on the mountain. Both of these young women have lived on the edge with different results and it has created much community reflection. There are a number questions  emerging about a range of questions to do with climbing Mt Everest!

For those who do make it – it is an achievement after years of preparation and work – much more than days and months.  Being able to create an image of the journey and an image of an “Everest” is an important part of the journey.  It sustains people on the way.  All the preparation is about establishing the competencies, getting the assets in place and ensuring that the processes are robust.  They are the platforms for achievement – just imagine making a decision not to climb when only a short distance from the top. That is a robust decision process!

You may remember the movie Spartacus, an adaptation of the story of a Roman gladiator/slave who led an army of slaves in an uprising in 71 B.C. They defeated the Roman legions twice but were finally conquered by the general Marcus Crassus after a long siege and battle.  In the movie, Crassus tells the thousand survivors in Spartacus’s army, “You have been slaves. You will be slaves again.  But you can be spared your rightful punishment of crucifixion by the mercy of the Roman legions.  All you need to do is turn over to me the slave Spartacus because we do not know him by sight.”

It does not matter whether this story is apocryphal or not, it demonstrates a deep truth.  Each man, by standing up, chose death. But the loyalty of Spartacus’s army was not to Spartacus the man.  Their loyalty was to a shared vision which Spartacus had inspired in them – the idea that they could be free men.

This vision was so compelling that no man could bear to give it up and return to slavery.