The next Silver Bullet? 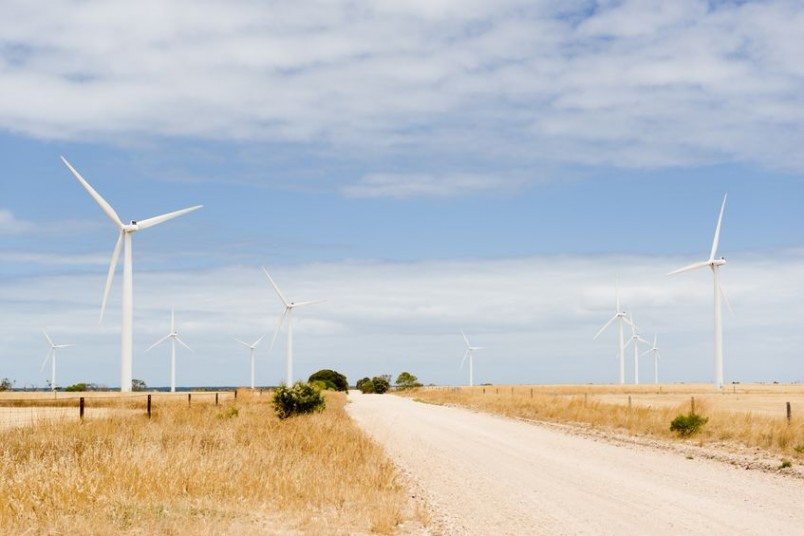 Over 40 years I have seen a range of concepts floated, peddled, flogged and proselytised. Not one of them has provided the answer businesses are looking for. There are some business leaders who lead and manage competently. The are some who seem to be attracted by the next shiny object and there are some who just blunder along

For some, there appears to be a view that the next new idea will make it “better”, “easier” and business performance will improve.

In July 1975, the concept of performance appraisal was a new concept. In fact it was my first project. Over many decades there are concepts, authors and movements all of which have influenced business in Australia but very few have made a “profound difference.”

In that same period, Business Schools were established in every major University at Under Graduate and Post Graduate level. The Vocational sector has a plethora of business courses and the fundamental question is:

Is Australian business performing at a higher level as a result of these interventions?

Australia, by any standards is historically and currently a prosperous country.

(25 years of uninterrupted growth). Is there evidence that this prosperity will continue?

Is Australia considered to be a vibrant robust business system or is it, in a global context, a middle range player?

Australia in fact, is the 9th largest economy in the world. So we may not have the biggest market to exploit but we do have an economic platform of substance.

As I look back on some of the ideas which have been floated, peddled, flogged and proselytised in business in Australia, I can identify:

In each decade the focus has been on how we manage the changes occurring in the business environment. Some businesses have done it well and others have continued at a pedestrian rate. In one of the early strategy sessions in which I participated (1978), technology was a major environmental factor we considered and very little has changed. In that workshop I remember discussing the possibility of paperless offices and the concept of “shorter” working hours as possible benefits of technology.

There was no conception of mobile technology, internet, facebook – the changes which were to come.

The business environment as we move forward is transforming radically: the Fourth Industrial Revolution has been named by Klaus Schwaub:

What do we really understand about this? Is it really going to be more dramatic than previous revolutions?

In 1990 I wrote a paper (published on this website) wherein I quoted Daniel Yankelovitch where he said:

“Indeed, so far ranging are these changes that each time I encounter them, a recurring image comes to mind, the image of the earth moving deep beneath the surface and so transforming the landscape that it loses its comfortable familiarity. According to geological theory of plate tectonics, giant “plates” inter-grid the earth’s surface and keep it stable and rigid. Sometimes these immense geologic formations, grinding against one another beneath the surface, shift their positions. These movements may be slight, but the plates are so massive that along their fault lines even the slight shifts cause volcanoes and earthquakes on the surface.

Increasingly in recent years, our studies of the public show “the giant plates” of American (our) culture shifting relentlessly beneath us. The shifts create huge dislocation in our lives. Those living closest to societies fault lines are the first to be thrown into new predicaments. But even those living at a remote distance feel the tremors.” Yankelovitch (XI)

This was written in the 1980’s and the changes were considered then to be profound. Many of major drivers are still the same Technology, Globalisation. But there are new ones. Social Dislocation, Climate Change, the risk that Economic Inequality have been added. China and India were barely on the radar.

It used to be said that when the US had a cold the world “shuddered” now when China takes a short breath the world is “on edge.”

It is in this context that Innovation is suggested as the next platform!

So in Australia where is this innovation going to occur? And how is it positioning us for the future?

There is evidence already of major disruption in Australia: 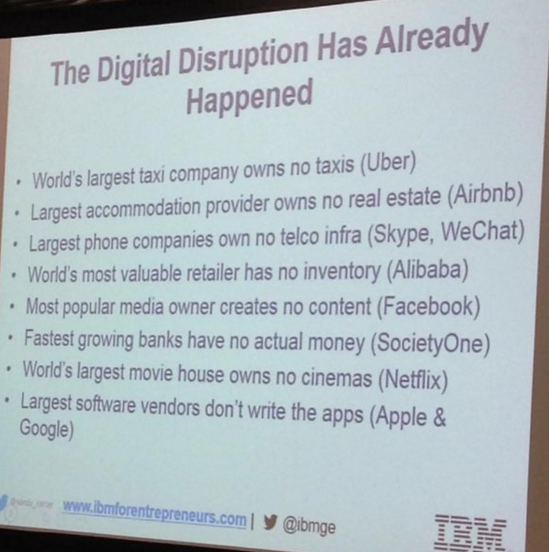 In many cases these disruptors are already at work in our business world and some Industries are just not prepared (e.g. taxis). Many who read this paper will be taking advantage of these disruptions and they, at a very simple level are enhancing our lifestyle. But what are the consequences? In any major disruption there are winners and losers. No change occurs without major costs – social and economic.

When refrigeration was introduced –the ice industry disappeared

When motor vehicles were introduced – the industries associated with horse travel disappeared.

If we look at current government initiatives we have a number of Growth Centres which form the basis of our future: (sign posts for the future)

I’ve posted more about this on my blog – Business in Australia – Where in the future?

Phil Ruthven recently published a paper entitled ‘Profitability across our Industries’. It highlights that our most profitable Industries are:

Profitability across our Industries, July 2015. Knowledge is Power, IBIS

One can only assume that our future is in the Industries mentioned above. In my view there needs to be a much more transparent and visible conversation about Innovation in these Industries.

They in fact frame the conversation about Innovation. (Innovation is a strategy at best).

While the focus on the current conversation appears to be “start ups”, the images are of Australia’s “Silicon Valley” IT (software) and maybe some Biotechology (and/or medical projects). What are the others?

Maybe our real prosperity is in the Industries named above. Or are there Industries travelling below the radar, which need focus visibility and support?

In Australia where the economy is primarily driven by Services (70%)approx, what role does Innovation really play? Very little is spoken about.

The JFK story about landing a man on the moon was “challenging” at the time and it appeared a long way from reality – BUT.……as the story goes it focused the scientists of the USA.

Maybe a number of debates about BIG IDEAS would be a useful start?

The current debate about Tax Reform is very important BUT It is not the stuff that moves a Nation. It is not a BIG idea. On a good day it is a tool that might enhance Business Investment –and that is a good thing. On a bad day, it s a blunt instrument to redistribute wealth.

Surely as Australians we can do better in the conversation about our collective future.