The Innovation Conversation –what is happening? 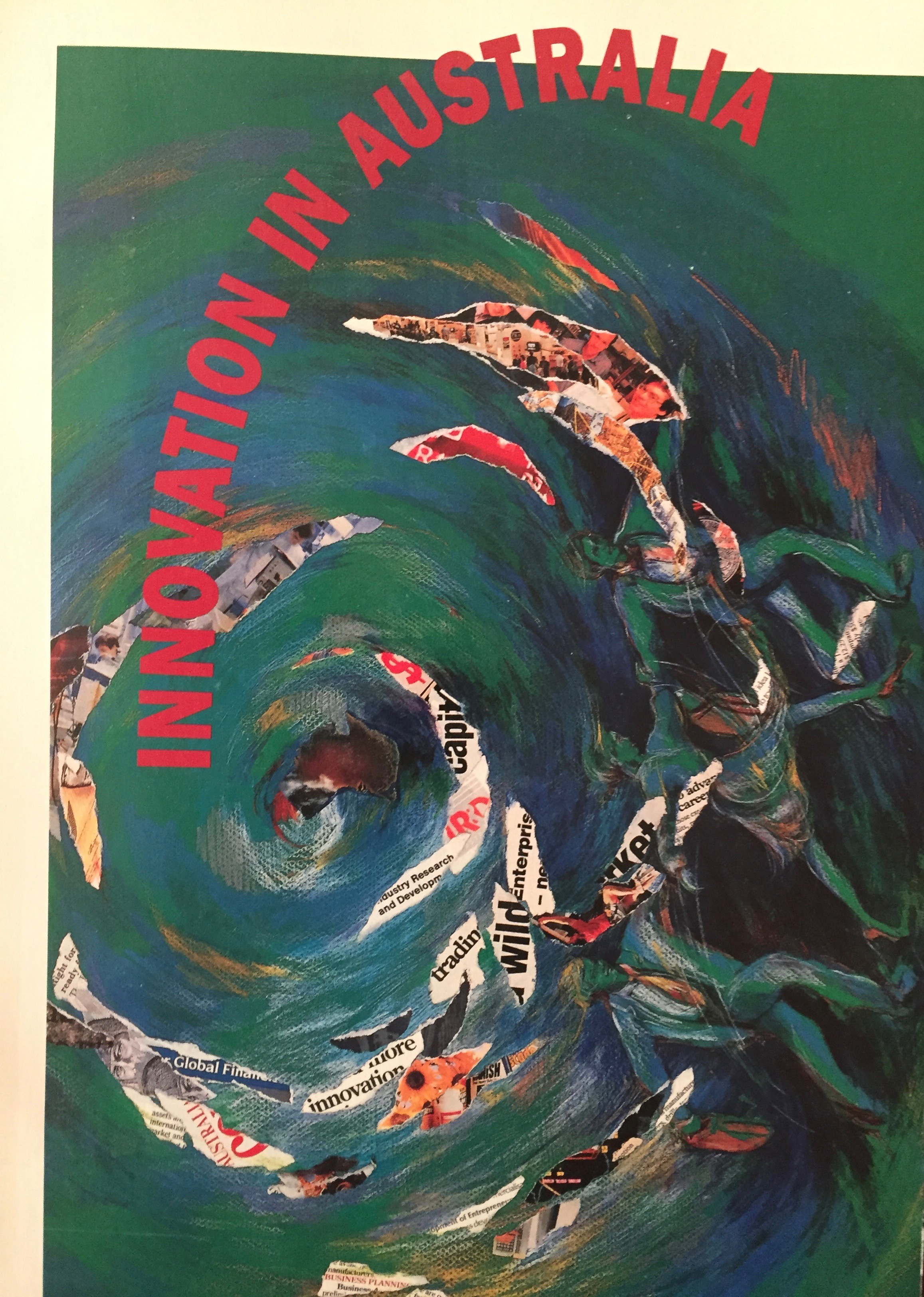 The Innovation Conversation –what is happening?

Start Ups, Unicorns, Accelerators, Incubators, Landing Pads. There is a never-ending array of “new” concepts to support the Innovation conversation. A subculture is emerging. If you don’t know the language, you are not in it!

There is no doubt it is an exciting time in the startup world. But why is this happening now?

Is it that Australia has finally discovered Start-Ups? Maybe it is Malcolm Turnbull’s innovation statement, a global phenomenon or the phenomena of new technology?

In The Australian a couple of weeks ago, there was an image listing multiple technologies.

These are just a few. It is likely more are emerging as we speak.

Australia needs to be a  world leader in some of these technologies if we are not already but……. Who knows? What is happening?

In 2009 the Rudd Government commissioned a Report –Innovation Systems in Australia. This report, published annually, is a  commentary on the state of innovation in Australia.

They are themed each year:

Each year this document is published and sadly, who reads it?

It is a genuinely a good series of reports and gets little or no media or business traction. In some ways, it is the basis of an Australian Innovation story – a not so great story about our future.

There is little in the 2016 Report which indicates we are global leaders at anything:

The Executive summary of this report outlines some statistics, all which indicate Australia is modest by any standards. Who cares?

Boston Consulting Group recently released its Report –The 50 Most Innovative Companies in the World – and it is no surprise, not one Australian Company!

In the Start Up newsletter 15th Feb I found this gem:

The Australian government, according to Innovation and Science Australia (ISA), injects around $10 billion each year in research and development for science and innovation,

But much of this research is failing to see the light of day, says ISA chair Bill Ferris.

“As a nation, we’re good at creating knowledge but simply not good enough at transferring or applying,” Ferris said in a statement.

“In both our number of researchers per capita and the proportion of highly-cited publications we produce, we sit in the top ten internationally.

“We are, however, performing relatively poorly in transferring that knowledge and ultimately applying it.

Australia spends $10 billion a year on research and development but where’s all the innovation?

$10Billion each year – other than creating jobs for scientists in Universities what is produced.

Innovation has been on the Agenda for a long time in Australia. In some earlier research, I discovered that over 60 reports had been done on Innovation in Australia and related topics. Given the time energy and money spent, one might expect a reasonable grasp of the territory.

Australia should be flooded with jobs. $10Billion each year –where are the jobs created from this research?

At the moment it seems that innovation is the answer to every question. What are the outcomes?

More recently the Prime Minister has made it a focus and it has opened up a plethora of opportunities for consultants, educators, and bloggers. Everyone is now an expert at being innovative and building innovation ecosystems. To what end?

Are there any real businesses emerging?

It appears to me as if we are going down similar paths to those previously traveled.

The Government is putting more money into the same buckets expecting a different result. There is a term for that!

Admittedly there is some new language and concepts being introduced. Is this enough? As I have mentioned before, innovation in business is a long hard road and “overnight successes” after 15 years are few. Australia has very few.

We know innovation is one key to economic growth and wealth creation. Regarding a genuine national conversation, there is little visibility. In fact, it was suggested after the last election that it is not a topic with resonates with ordinary Australians – too high level! Sadly for Australia, a robust and vibrant business sector which is highly innovative and competitive, is the one chance we have of building the inclusive and prosperous society we say we want. In the end, maybe our choice for lifestyle as a priority is too important?

1 Comments - This is an example The Innovation Conversation –what is happening?

Cancel reply
SUBSCRIBE Get our latest blog posts into your inbox

There was a time when Innovation rated more highly in the national conversation about ...Read more

The Search for…. Something more in your business!

Storytelling is one of the most important skills of a leader especially in a time of cultural c...Read more
Copyright 2017 BenKehoe. All rights reserved.
Scroll to Top
Ben Kehoe