The future of business in Australia

It’s becoming increasing obvious that the national psyche — or that of our policy makers — is completely detached from reality. How did it become like this? Australia is a great country with excellent growth prospects. Yet it is a nation that is increasingly giving into despair. There is no sense that a better future awaits us now that the mining boom is gone. Most policy makers now openly question the ability of the nation to maintain its living standards. Australia is like a ship without a mast.

We must come to terms with the painful reality that Australia has squandered a once in a generation chance to reposition its economy for sustainable growth.

Located on the rim of fast-growing Asia with immense ­opportunities that should set up the nation for decades, a complacent Australia is succumbing to its old-fashioned “she’ll be right” mediocrity.

Located on the rim of fast-growing Asia with immense ­opportunities that should set up the nation for decades, a complacent Australia is succumbing to its old-fashioned “she’ll be right” mediocrity.

We’re in danger of falling out of the G20

“We’re in danger of falling out of the G20 in large part because other countries are growing in population and they’re going through that urbanisation cycle,” he said.
“We are on a slippery slope to global irrelevance, if you consider the size of the economy as the ticket to play.
“It just puts pressure on us to have a long-term plan to be productive and to be innovative and to compete on a world scale even though we are smaller.”
He said Australia must move away from dependence on mining and invest more in science and technology.
“We really need to have a long-term plan for innovation and that probably means investing in STEM: science, technology, engineering and maths,” he said.
“We really need to see that as the future jobs for our children.”

“Strategy is about building an institution that can compete. Competitiveness isn’t merely short-term profitability. It is about all the things that underlie lasting, healthy prosperity. It means having not just a “vision statement” but a passion. Not just a mission but a point. It’s about doing something that matters.” 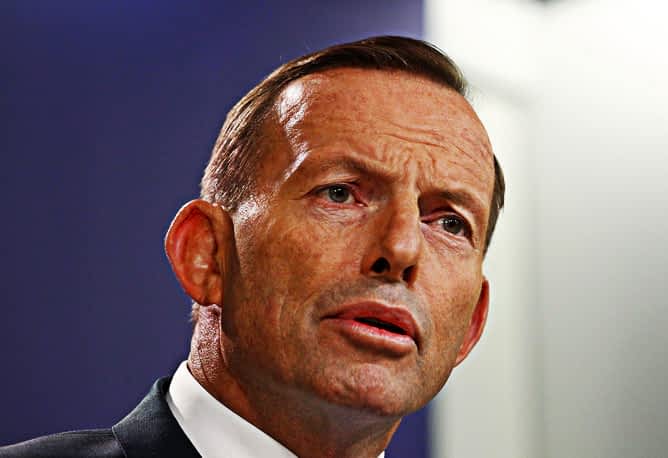 In October 2009, William Deresiewicz, a former professor at Yale University, told students of the American Military Academy at West Point that there is a crisis of leadership because leaders no longer have time for reflection. This leads them to merely re-brand old ideas:

Australia’s political leaders lack vision because they won’t let themselves, or anyone around them, have the time to map it out. Crises must be solved now; a response must be drafted immediately; action must be taken. Then the next day, the cycle begins again.

The long term has vanished for the sake of the quick fix. As quickly as leaders come, they go. Yet the one who stays the longest will be the one who has the vision to talk about Australia in the long term.