Innovation – it is competitive and we are slipping behind! 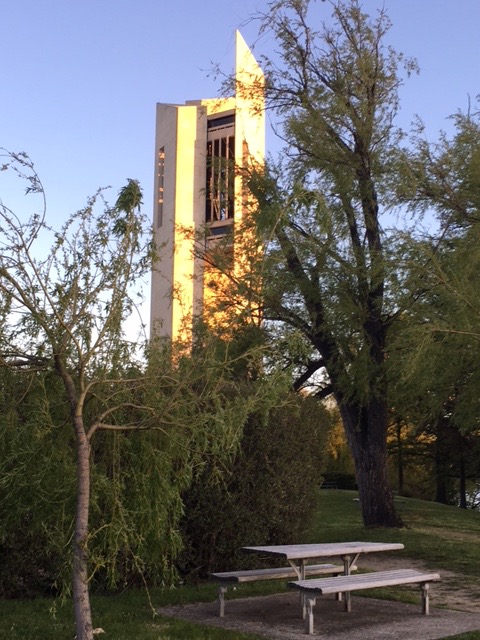 The Global Competitiveness Report 2015/6 has been released, and it provides some interesting facts.

The report is based on 12 Pillars.  They are structured into multiple subheadings.  It is interesting reading.

Australia’s performance is described as “Remarkably consistent, yet never stellar.”

On the other hand, regarding business sophistication and innovation, Australia “not only lags behind the best performers but also loses ground to them.”

It is a surprise that in a country that has written over 60 reports on Innovation and related areas in the past 25 years, that there is not a higher level of performance.

In an earlier blog, I have suggested that Australia “pursues mediocrity with passion.”

While I am sure global reports such as this have limitations with respect to the integrity of data, political agendas, measurement issues and a shared understanding,  they are still indicative of something.  No doubt this will pass through the general media cycle with little or no comment.

In this report, there are few areas in which Australia rates highly i.e. Top 10

One report would not be a problem necessarily, but there is mounting data from multiple reports see that Australia by any standard,  is not in any way a serious business leader.  In fact, there is a risk.   In the words of one leader, we are on the “slippery slope to global irrelevance”.  This does not sound like a good place to be.

One area in which we are very modest performers is the area of Innovation and Business Sophistication.  It is amazing really.  Here is a country which, (if I understand it correctly……”To be born here is like winning a lottery”)  is willing to let our gifted status slide because we are unable or unwilling to “confront the brutal truth”.

“Without a vision, the people perish.”   Proverbs

Here are some brutal facts?

By many standards, Australia is a country that is underperforming given its potential. In a recent blog, I outlined some indices, one of which is mentioned earlier –World Competitiveness Index.

Performance and Strategy – an uproar!

In all of these Indices, we are “underperforming”.  There was more conversation about our performance at the Olympics than the Business Performance of Australia.

Australian prosperity has been built on our natural resources – mining being a major contributor.  It is one area where we do lead the world (Top 5).  Australian Benchmark Report 2016.   It is a major driver in our economy and there are ‘interests’ in Australia which would close it down.

Australia has natural advantages in the area of food production. We are happy to sell our food production assets offshore because?……this is how globalization works; this is how the capital market works; we don’t understand how to create value in this industry; the shareholders are too greedy in a short term sense to do the work required to built long term value. There are many reasons: not one looking at the long term value and prosperity of Australia.

I wonder why, in a country where we are well educated and have in place an advanced democratic system, we struggle with:

There have been few changes in two years.

Having a genuine political debate about anything of substance is impossible. The political system is devoted to spin and talking points and the media is devoted to instant entertainment and ‘gotcha’ moments.  Issues are then let die because of a 24-hour news cycle.

Chris Kenny has written a great piece in the Australian 3rd November, commenting on John Howards ‘vision’, suggesting, that at the time, it was ridiculed.  Comparatively, how far are we from it today?  At the time it was published, I have to say I was underwhelmed and I wanted him to go much further much further. By today’s standards it looks good.

John Howard’s vision: are we “comfortable and relaxed”?

…And my mind wanders back to what was widely ridiculed as the shrunken idiocy of Howard back in 1996.

“I want to see an Australian society where the small business sector is providing more jobs for young people. I want to see an Australian society that sees this country as a unique intersection of Europe, North America and Asia.  Australia is incredibly lucky to have a European heritage, deep connections with North America, but to be geographically cast in the Asian/Pacific region and if we think of ourselves as that strategic intersection, then I think we have a remarkable opportunity to carve a special niche for ourselves in … in the history of the next century.”

In the 80’s there was a sense of direction and energy that while exhausting, engendered a positive energy around the country.  Now our system seems overwhelmed by the mundanity of maintenance and operations and pulling each other down.

Anyone who proffers a view which is not politically correct or challenges the status quo in any way is ridiculed.

What would happen to Elon Musk in Australia?

The Innovation debate, which started out 12 months ago with a surge of energy is bouncing around like a cork in the ocean – lots of words, but it seems to have little direction. It could land anywhere.

Maybe 25 years of economic growth is a blind spot which prevents us from having tough conversations or maybe we are just happy to commit to our ‘lifestyle’.

“The farther backward you can look, the further forward you are likely to  see.”  Churchill.