Disruption – Innovation – Change: Who wants it? 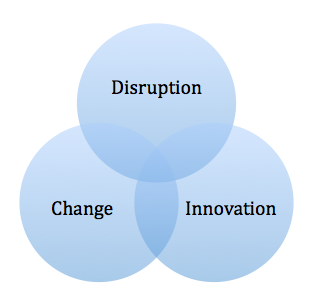 As long as there has been humanity there has been innovation and change – even disruption. We talk about it now as though we are experiencing something new. My grandparents grew up in a time of turbulence and disruption which I submit makes what we are living through look like a walk in the park. Not only did they experience:

but they lived in an era when the innovation included electricity, telephone, refrigeration, Silent Movies Talking movies, Radio, Television, Motor Cars, Air Travel. Each one of these was disruptive and all of them experienced resistance and slow adoption. Only recently when reviewing some old theatre programs left by my mother I found this advertising selling electricity in the 1930’s.

“The time will come when every housewife will cook with Electricity because it is simple, efficient, and economical……”

Just imagine having to market electricity!

There were many still to convert to electricity. Resistance?

The changes, innovations and disruptions in that era were dramatic.

Any change is difficult. Innovation is tough. Disruption is dislocating. It creates discomfort and uncertainty and in some cases fear. It is not something we embrace readily. There is a human need for stability, security, and comfort.

Resistance is to any change is a normal reaction. At the simplest level consider dieting – which in a majority is a “change by personal choice” – small changes in lifestyle are required. A whole industry established to support those who wish to lose weight. A leave it to you to ponder.

These words, Disruption, innovation and change are now de rigueur in any political and or business conversation. Maybe it is useful to define them in some way. 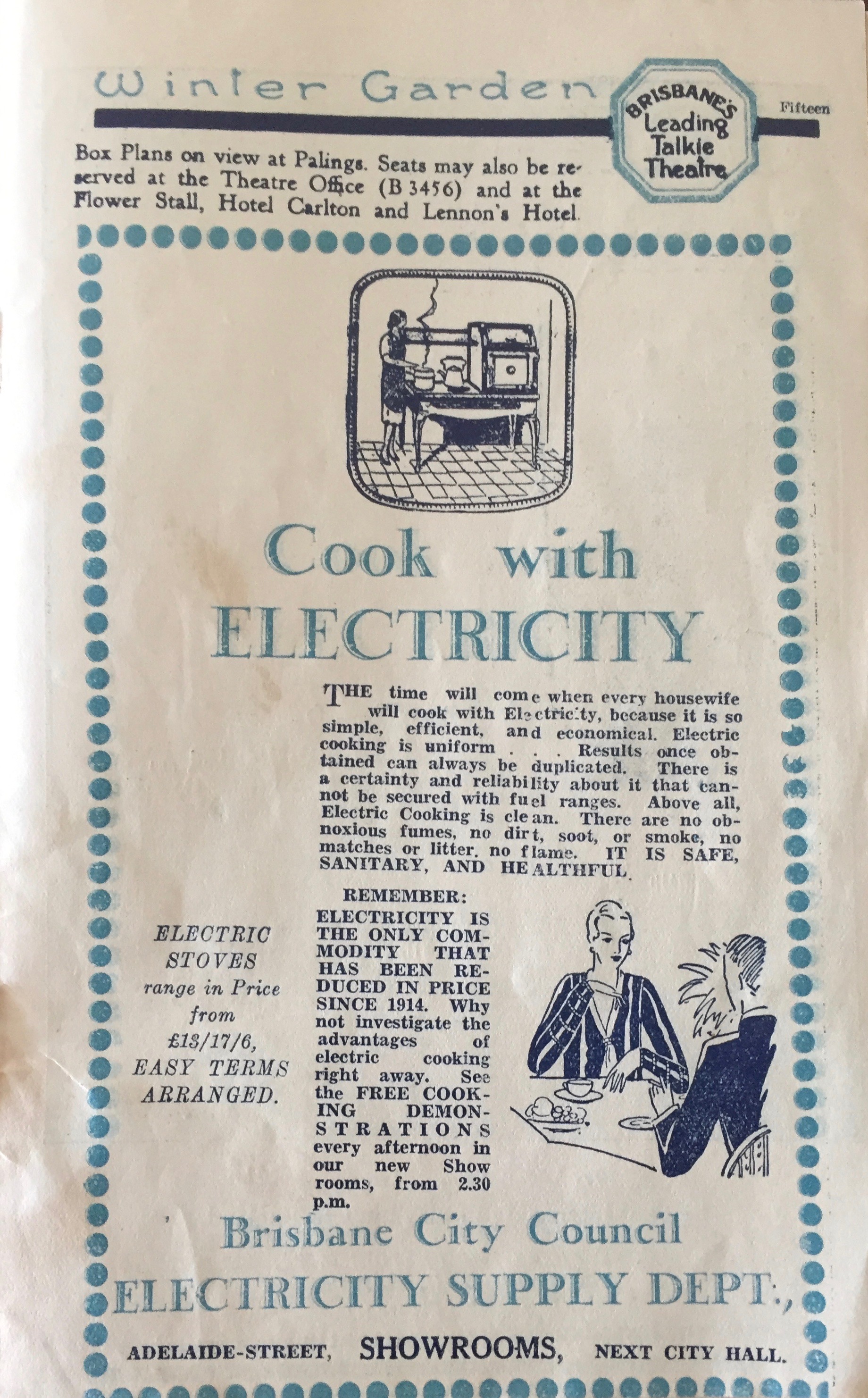 One of the definitions of change that I have worked with over many years comes from William Bridges. (Managing Transitions 2009) It defines organisational change but is easily extended to a more general view.

“Change happens when something starts or stops, or when something that used to happen in one way starts happening in another. It happens at a particular time, or in several stages at different times. Organisational change is structural, economic, technological, or demographic, and it can be planned and managed on a more or less rational model.”

“Innovation is a new idea, more effective device or process.[1] Innovation can be viewed as the application of better solutions that meet new requirements, unarticulated needs, or existing market needs.[2]This is accomplished through more effective products, processes, services, technologies, or ideas that are readily available to markets, governments and society. The term innovation can be defined as something original and more effective and, as a consequence, new, that “breaks into” the market or society.[3]

Disruption has always been a part of the way we live. Clayton Christensen in his work The Innovators Dilemma (2000) refined the definition to focus on technology as a disruptor and proposed that disruption created whole new markets and new value networks and Industries. Industry/market leaders are in fact are challenged and or displaced.

Disruption is the natural course of events:

Jean Houston in her work The Search for the Beloved (1987)said:

“There is no question we are the gods that our ancestors told stories about. We fly from one part of the globe to another in a matter of hours, we instantly communicate over thousands of miles; we can commit mayhem in moments, move mountains in minutes, and every night we sit in front of our magic picture box and find out what the other gods are up to.” P20

Innovation –Disruption –change. In the end – we need to resist it.

Major market players don’t want it because it displaces them.

Customers are often slow to take it up.

Even within business it is difficult. Getting new products through the system can be a real challenge. Introducing new technology is fraught with challenge and is tough. Internal systemic cultural change is on a scale of 1-10 much closer to 10. The notion that it is somehow possible to introduce innovation into the DNA of a business is at best a phantasy without radical shifts in leadership behaviour, resource allocation and personal behaviours. Remember DNA is essence is a naturally occurring phenomena at birth – the concept of grafting in into a business is almost ludicrous.

Disruption and innovation require radical learning.It’s hard. (I avoided using computers for 20 years!!) – at worst it requires a change in behaviour or even lifestyle (for many, jobs and livelihoods are at risk!)

At the broadest level, a death in the family is a significant disruption, and it is a sad and sometimes traumatic time especially if it is unexpected. With support and help people grieve and move on. There are well-acknowledged stages of grief, which at least give people a sense of perspective on what is happening.

More recently the Trump election has created an outpouring of rage or grief depending on your perspective. So dislocating has it been, counseling has been provided by some businesses in both Australia and US. One can only wonder how much would be required if something really traumatic happened?

There are “mental maps” available to assist people with the turbulence around them. These will be the subjects a future blog.

The real message is that these concepts have been with us forever – It is not new.It is possible that in Australia we have blind spots. Twenty-five years of interrupted growth with a culture of complacency and comfort is a recipe for a correction. There is little evidence anywhere in human history that human systems can sustain high levels of performance over long periods of time. It is cyclical.

Leadership in the cause of a prosperous Australia is absent – some quotes gleaned from the media over the past two years from thought leaders which are confronting.

Located on the rim of fast-growing Asia with immense ­opportunities that should set up the nation for decades, a complacent Australia is succumbing to its old-fashioned “she’ll be right” mediocrity. (Paul Kelly)

Corporate Australia is one of the most important stakeholders in the debate about Australia’s place in the Asian Century. Unfortunately, we don’t have enough captains of industry who are willing to promote the cause.

Many of our business leaders suffer from the disease of domestic introspection and fail to appreciate the scale of the changes happening right on our doorstep.(Andrew Mackenzie)

It’s becoming increasing obvious that the national psyche — or that of our policy makers — is completely detached from reality. How did it become like this? Australia is a great country with excellent growth prospects. Yet it is a nation that is increasingly giving into despair. There is no sense that a better future awaits us now that the mining boom is gone. Most policy makers now openly question the ability of the nation to maintain its living standards. Australia is like a ship without a mast. (Adam Carr)

Last month’s interim Senate report into Australia’s innovation system identified a number of barriers to commercialising ideas. At the top of the list, was a “lack of innovation culture and appetite for risk – as innovation is largely about market experimentation, risk of failure needs to be accepted or at least tolerated.”

Our brilliant emigrants: still an asset back home

“We’re in danger of falling out of the G20 in large part because other countries are growing in population and they’re going through that urbanisation cycle,” he said.

“We are on a slippery slope to global irrelevance, if you consider the size of the economy as the ticket to play.

“It just puts pressure on us to have a long-term plan to be productive and to be innovative and to compete on a world scale even though we are smaller.”

He said Australia must move away from dependence on mining and invest more in science and technology.

“We need to have a long-term plan for innovation, and that probably means investing in STEM: science, technology, engineering and maths,” he said.

“We really need to see that as the future jobs for our children.” Jeremy Thorpe: PWC Report on World Economies 2050

These are perspectives by a small grouping of thought leaders. I wonder if they are an enlightened few highlighting a blind spot which we are only too happy to ignore because it challenges our comfortable lifestyle? Collectively if we opened our eyes we might have a great conversation about the future.