A Context for Australian Business 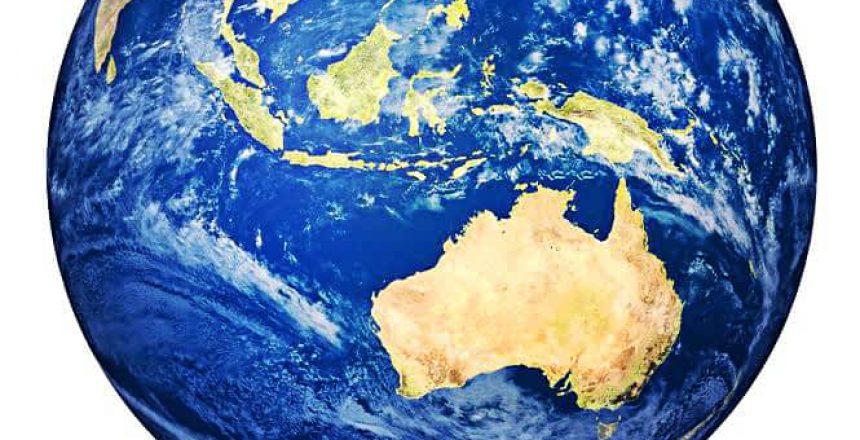 It is fair to say that Disruption is one of  the business words of the decade. Since 2010 CSIRO has produced a paper on Future trends. Our Future World 2010 CSIRO

In this document it published its initial findings on some of the Trends affecting the Future both Globally and Locally. These  trends were identified as:

I have used this work regularly to inform the conversation in strategy forums I have facilitated. It should be compulsory reading for all business leaders if not all Australians.

It creates a context for some of the BIG conversations Australian Business must have. It certainly creates an opportunity to move into a conversation focussing on the future and the bigger questions, rather than the “here and now” problems.

While the future is by definition unknowable it is an imperative that we have conversations about major trends and patterns as they emerge. These conversations provide a platform for the thinking, planning and funding for the future. Good strategy is a product of an informed imagination – Foresight? A Budget driven by  foresight and the pursuit of prosperity rather than problems and “debts and deficits” allows for the real issues and challenges to be debated.

In the current situation there are all sorts of ideological positions claiming airtime.

While I understand that responsible governance needs to address the whole spectrum of issues, funding and finance (albeit in the form of a Taxation debate) are only a couple of the many elements that need to be considered.

There are many more.

My hypothesis is that in addition to innovation (one of the words of the year), we need a conversation about increasing the size of the pie. That is…wealth creation needs to be a major agenda in the whole debate.

It is and has been conspicuously absent!

In the development of Strategy, CONTEXT is important. How we think about context is likely to influence any strategy developed.

There are many steps to building a context. Some include:

The paper on Global Megatrends produced by CSIRO is one way of opening a planning process within the leadership of Business.

I have included a short summary of these Megatrends below, published in Our Future World. 2015. Note they have evolved to another level but the paperers are similar.  This paper captures a range of major themes which are only too obvious when you look around.

Innovation in meeting human needs by more efficient use of mineral, water, energy and food resources in light of escalating demand and constrained supply.

Changes in earth systems from the global to microbial are creating challenges for humanity including climate change and antibiotic resistance.

Changes in organisational models, governance systems and employer-employee relations in a more agile, networked and flexible economy which breaks through traditional boundaries.

The rise of the all-important experience factor as society and consumers have rising expectations for personalised and positive experiences involving social interaction, morals and ethics, and the physical world.

The big question for Business (and dare I say Australia) is how do we respond to these Megatrends in a way that creates sustainable prosperity. Wealth Creation is the platform for Prosperity.

Given the current focus is about ‘Living within our means”, Taxation, Innovation Education and Productivity all of which are really means working towards ends when is there a conversation about the ends?  It appears the key stakeholders are either unable or unwilling to engage in the conversation!

Megatrends opened up a language system for Business and the world to legitimately talk about the future in an accessible and constructive way. It became a best seller globally in the business literature.

There have been many subsequent books by Naisbitt two of which include: Megatrends Asia (1997) and Megatrends China:The eight Pillars of a new society (2010) are just two.

The work by CSIRO has built on this work and developed the framework from an Australian perspective. The work has now been published in book form.

These megatrends are some of the things that need to be understood in any conversation about the future. They are the basis of the opportunities and threats, challenges and disruptions that Australia must address in the next decade. The thinking will evolve as time moves on but it is a platform from which to start.

When thinking about strategy in business these Megatrends are the subjects of real work as business leaders address the tough questions about the implications of these trends for the Business in the context of their industries and markets. There is no genuine strategic thinking without an understanding of these issues. Really good businesses are in a continuing conversation about these trends while choosing strategies and making decisions in the relevant context.

A short story on Foresight:

Industry foresight requires a curiosity that is as deep as it is boundless. Gaining enough insight into potential discontinuities to actually draw conclusions about what to do – which alliances to form, how much to invest, what kind of people to hire – demands a significant expenditure of intellectual energy by senior management. The half-day or day-long planning review meetings that typically serve as forums to debate the future are totally inadequate if the goal is to build an assumption base about the future that is more prescient and better-founded than the competitors’.

Recently one of us spent a day with the top officers of a well-known U.S. company.

The question put to these managers was simple:

They were then asked, “Could you sustain a debate for eight hours on the issue of how you allocate corporate overheads, set sales targets, and manage transfer prices?” Now this was a fair question. “On this we could keep going for eight days, no sweat,” replied a senior executive. Suddenly the point hit them: This group of managers was not in control of their company’s destiny. They had surrendered control of that destiny to competitors who were willing to devote the time and intellectual energy necessary to understand and influence the forces shaping the future of the industry. The CEO’s first response to this painful realisation was typical: “I’ll set up a couple of days when each of my divisional vice presidents can come in and pitch their view of the future.” Back came our argument: It takes more than two days to develop industry foresight; building foresight is not about “pitching” and “reviewing”, but about exploring and learning. To really understand the future, to have the courage to commit, top management must get more than just a fleeting glimpse of the future. The required effort is measured in weeks and months, not in hours and days.

Competing for the Future, Hamel and Prahalad. 2002.

While all of my work on strategy has focused on Business, my assumptions are that similar principles can be applied for Countries. Michael Porter actually addressed it in his text – The Competitive Strategy of Nations 1984.

I have no doubt there are many talented people in Australia working on Megatrends and developing policy. Certainly in recent years numerous Reports have been published but my question is when we look at the debate in Australia – Government and Business – what are we talking about? And who is talking?

These Megatrends are influencing our future NOW but seem to be a long way from anyone’s awareness in the public debate!

Skiing – It’s not a beach holiday!