Australian Innovation – Work for Scientists or Businesses for Australia? 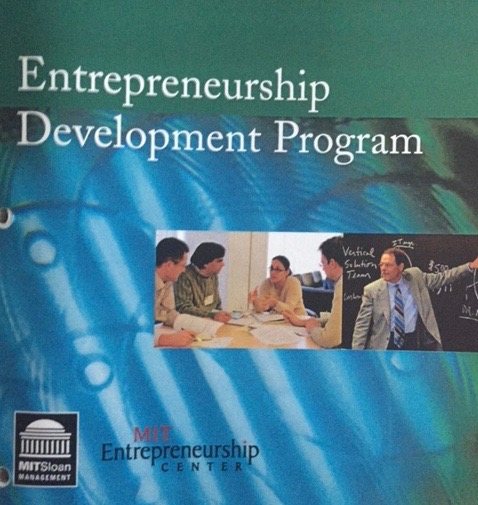 Living MIT graduates who have started and built for-profit companies do not qualify as a nation. However, if they did, they’d be the world’s 10th largest economy, with gross revenue falling between the GDP of Russia ($2.097 trillion) and India ($1.877 trillion), according to an MIT Report on Entrepreneurs in  the World. A University actually measuring its performance based on the Gross Revenue of the “built-for profit” companies, which its living graduates have started. It is revolutionary! The concept that a University actually has focused on measuring this figure adds a critical measure to the conversation on the role Universities play in society. It is way better than a number of graduates employed.

This fascinating article appeared in my email yesterday and I have to say I was stunned.

In an earlier blog, I commented on the issues of Ph.D.’s in Australia looking for work.  Are-we-building-nation-PhD-baristas?  This article returns to a recurring theme in the Australian context.  The Australian government is not creating enough jobs for the Ph.D. graduates in Australia! It highlights a profound difference in our cultural perspectives.

I have had the privilege attending the MIT Entrepreneur Development Program. which I highly recommend. It was a great experience to see the world of business through the eyes of multiple cultures.

Apart from the learning about Entrepreneurship and Start -Ups, which was extensive, three incidents impressed me:

In my short time there it appeared MIT had created its own Entrepreneurial eco system, which was a core platform for their capacity to commercialise their research.  Given their most recent research, it has been reasonably successful.

On the other hand, it is only more recently the idea of Start –ups have gained real currency in Australia and there is much discussion about Innovation and Agility. There is a language around entrepreneurship emerging but it all seems to be dependent on government and government funding.

The focus of the innovation debate is on government (what the government must do):

Somehow the government is “the summit and the source” for it all.  I am not sure if this is a global phenomenon, but in Australia the business system seems government dependent.

It is worth noting that 70% or all R&D in Australia in conducted in the university system and 30% is done in industry. (Senate Sub-Committee Dec 2015). This is in direct comparison to other developed countries where the numbers are reversed.  I wish someone could explain that?

Does it mean business is not carrying its share of the load?

Does it mean we do not have an innovative competence in business?

Why is that? Is business too inward looking and risk averse?

The facts indicate that Australian universities /Australian businesses are not good at the commercialisation of research or innovation and there needs to be more collaboration. More collaboration is a soft option.  What does that really mean?  There is no substantive way of measuring it.  Surely in 2016, with all the advanced data collection and analytics, there is a more developed solution.

A more radical solution might be to refocus the university research funding onto 5-7 national industry priorities based on some Australian Moonshots.

Bill Ferris, the innovation czar, has proposed Australia needs to be in the top ten innovative nations in the world (B Ferris Criterion Speech 19 April 2016).  It is a laudable goal but innovation in a vacuum is meaningless.

It might be appropriate to view funding for all research based on a model similar to the MIT research. How many businesses are we creating (per year)?

My blogging journey in innovation started on 26th October 2015 with a BCG report I had discovered in my archives.  Written in 1991, this report Innovation in Australia  named 11 Conclusions and 5 Key issues. 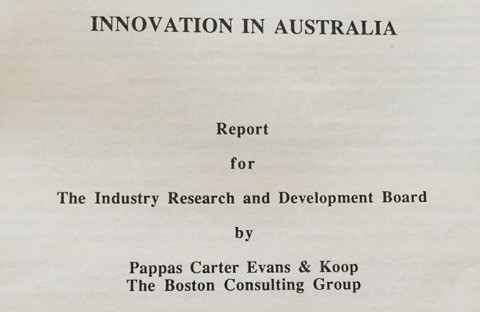 So what happened?  It is my understanding that there have been at least 60 reports written since then on innovation and related topics.

The outstanding question remains as MIT have highlighted:

How many living Australian nniversity graduates have built for -profit companies which create wealth and prosperity for Australia and Australians?

Since 1991 what has been achieved by investing in Australian innovation?

Jobs created by these Businesses

There is comparative data.

In the 25 years since the BCG report, there has been a lot of research  done and millions of dollars spent.  What are the results?